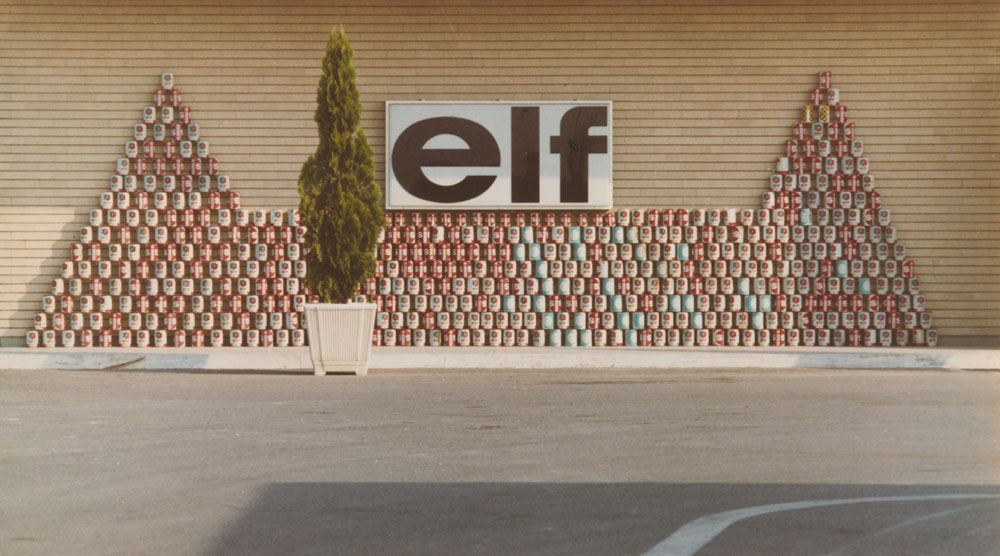 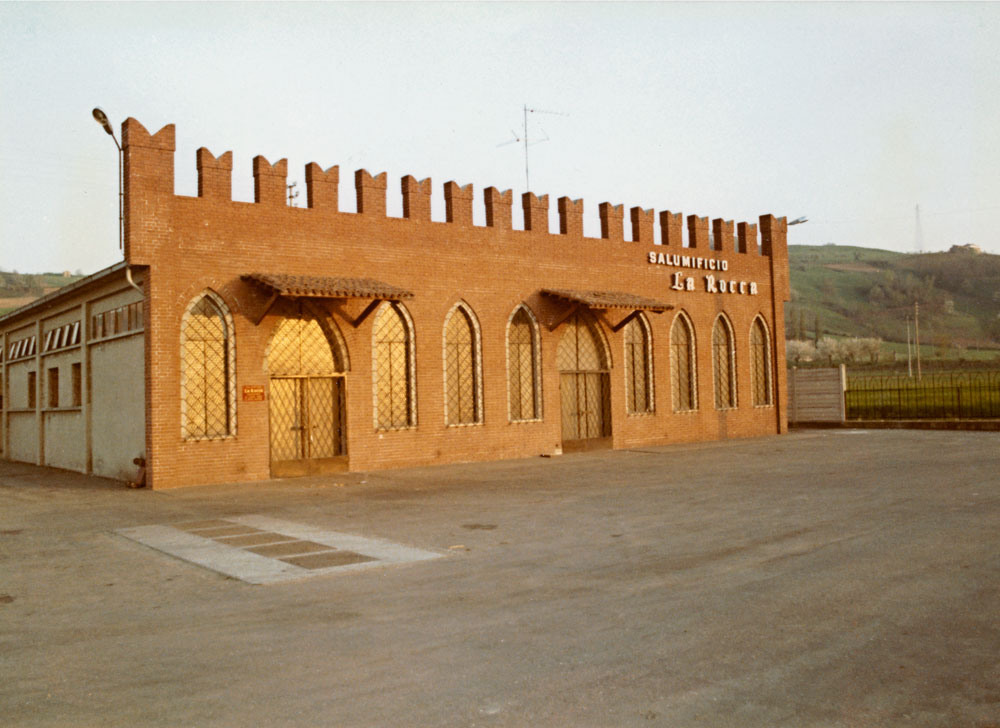 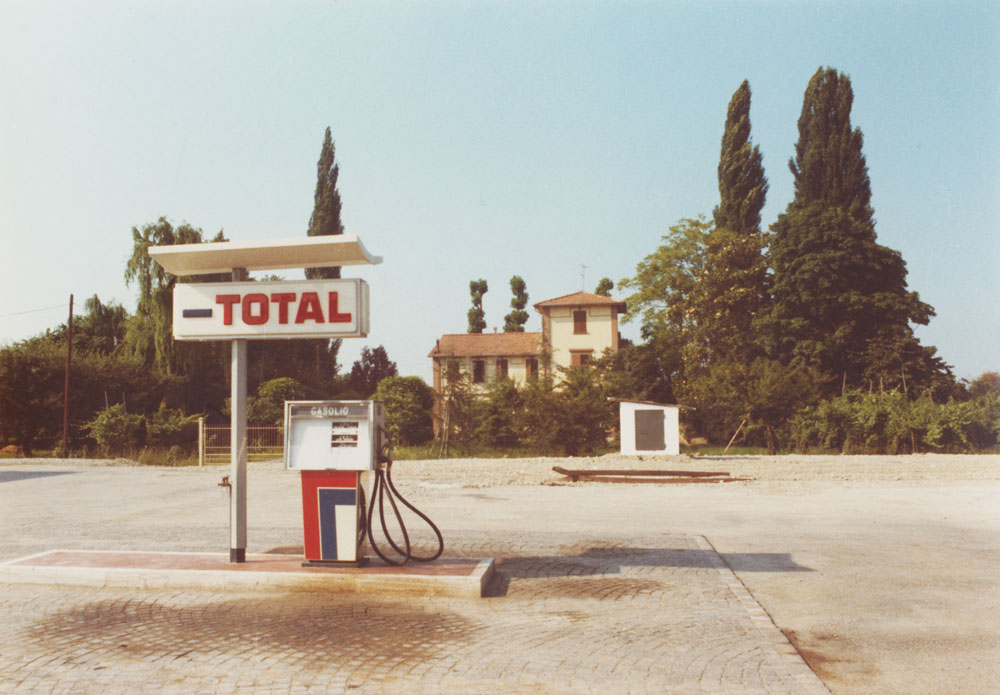 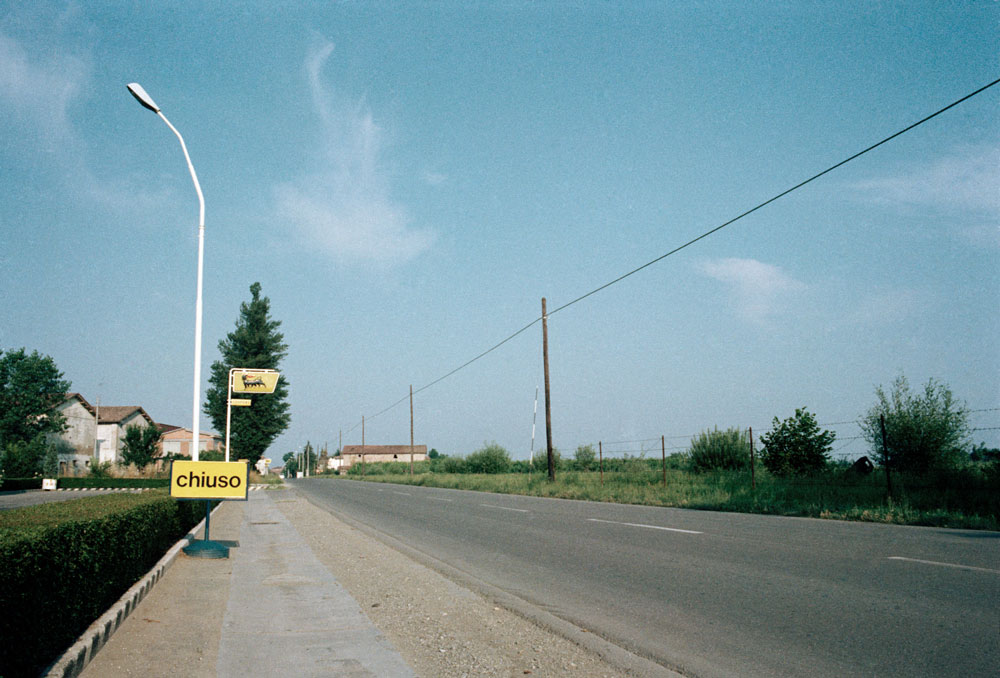 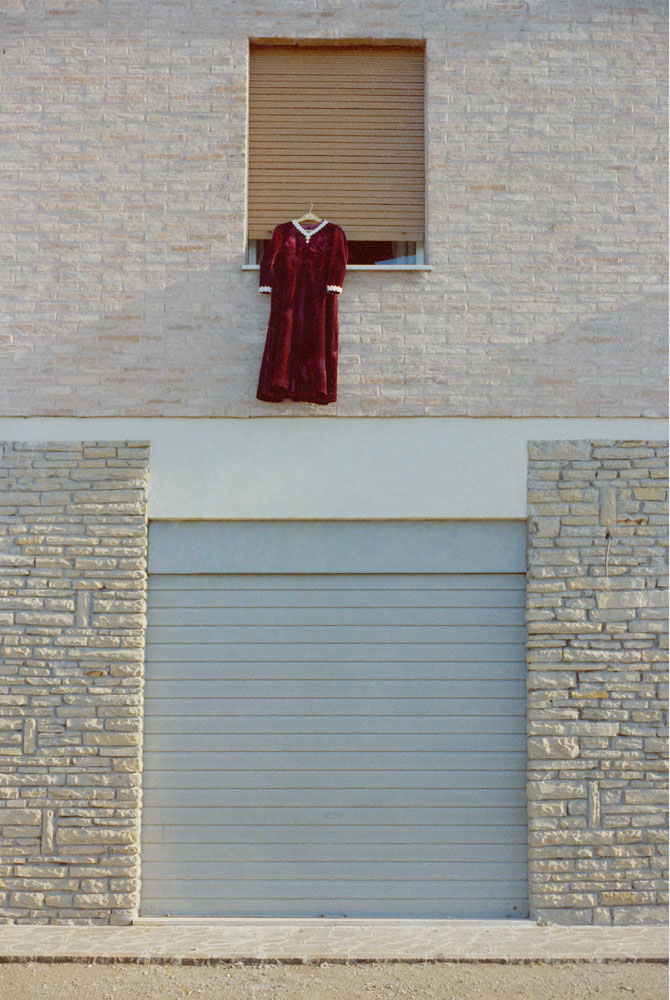 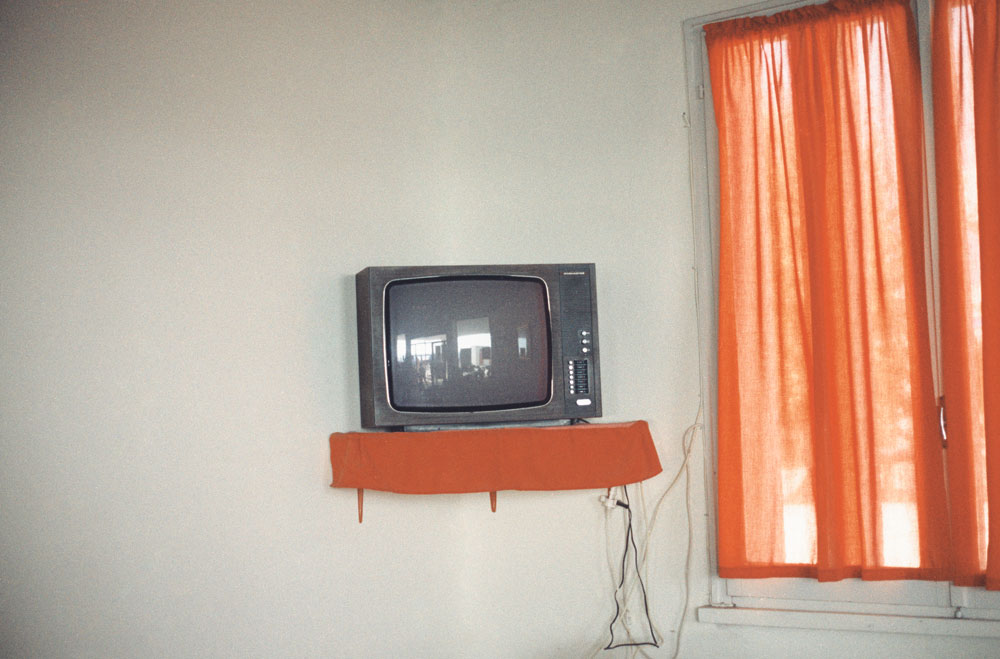 When travelling by train, I have always been amused by the gap between the landscape visible from the carriage windows, and the photographs placed inside the train compartments depicting the usual sites – the leaning Tower of Pisa, Romanesque cathedrals, Reinassance cities, mountains, lakes ans pines along the coastline. The Journey is thus twofold: there is one to be seen from the window and another to be seen inside the train compartment. Perhaps it was on the basis of this observation that I called this journey of mine through Italy, Italia ailati. I tried to document both an image of a journey from the train window, and the juxtaposing images displayed inside the compartment. […] The official, ever-present, static Italy, alongside the other one, blurred by speed, as if it were of little importance.